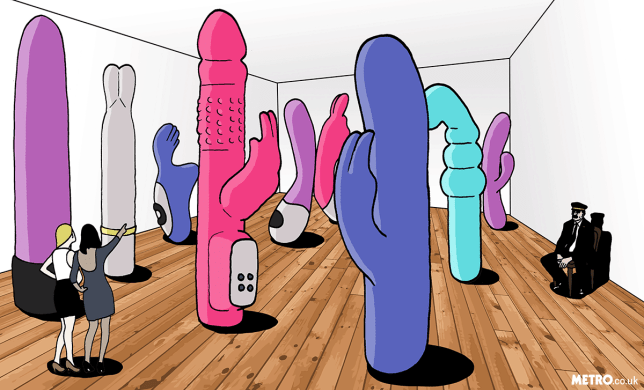 With another week under our belts we thought it only fitting that we get to work on the next installment of the blog that no one wants to read but everyone does because we make them. As a smoke haze covers the skies over the Nation’s Capital, we set off to the country in order to recharge the batteries. As the car zipped over the tarmac we were reminded of the devastation caused by the bushfires currently ravaging the country. The smokey vision of Canberra retreated in the rearview mirror and we couldn’t help but think of all those affected by the fires. We want to send a massive shout out to the fire crews around the country working tirelessly to get the blazes under control and all the volunteers helping out those who have been displaced. Lastly a shout out to those who are fundraising or donating, whether it be money, clothing or food.

Anyway having made our return to the nation’s capital after being away for close to a decade the team at A Mind Of Its Own have been out and about exploring. Like Bourke and Wills we feel Canberra has a lot of unexplored territory, well at least since the last time we lived there. For the young one’s reading who aren’t paying attention in History class, Burke and Wills were two of Australia’s most famous and tragic explorers. It’s safe to say Canberra has expanded, a little like our waistlines as we make our way from bar to club and back to bar in our drinking and eating exploration of Walter Burley Griffin’s vision of a city. Little did the native Chicagoan know his vision of Canberra would continue to grow and expand over the decades to come. Have you seen the twin towers of Gungahlin? The apartment block monoliths stand well above the building skyline and frankly look a little ridiculous. As the bush capital expands so does the communities want and need for new and exciting things.

Enter anyone with money and half a brain, ching, ching, ching money making opportunities a plenty are popping up all over Canberra. And with that there is no shortage of people willing to try and make a quick buck. There is a foreshore on the lake now, there are bars, restaurants, gentleman’s clubs, playgrounds, break-rooms, axe throwing, more porn stores, new nightclubs where some of our favorites used to be and lots and lots of coffee shops. With expansion comes consumerism and let’s be honest, one of the biggest commodities in the nation’s capital is alcohol. Canberran’s love a drink and hey if other states had to deal with politicians and public servants all the time they’d probably love a drop or two as well. But one thing we’ve noticed is that Canberran’s tend to divide themselves into drinking classes.

Yeah that’s right you heard it here first, drinking classes, upper, middle and lower and just downright trashy. The upper crust consists of the politicians and upper echelons of the public service who can afford to drink from the top shelf of the bar and generally choose to do so or order the most expensive bottles of wine on the list, why because they can and they need people to know they are important. The middle section well they are the ones that can swing either way and it didn’t surprise us to learn that a lot of them do just that but back to drinks. They’ll dabble in the top-shelf but also aren’t afraid to hit the middle shelf as well as ordering the house wine or whatever is on tap. The lower class like society will order only house or basic spirits they will only ever dabble in shelves above their stature if someone else is shouting.

Furthermore, they are the last group to get into a shout as it means less drinks for them, or to offer a shout for that matter. Then there is the downright trashy, they are your woo girls, drunkards and party animals. If its got alcohol in it they’ll drink it, they are the ones at the bar ordering shots at 3 in the afternoon. They are also the groups that pregame and drink at home before heading out. We’d like to say they are generally the fresh faced 18 year olds and uni students but sadly there are those who are trying to relive their youth or drink themselves into oblivion. But that’s not we are here to talk to you about this week, we want to talk to you about the crazes sweeping the capital, the strange and ludicrous things that we are seeing and experiencing.

Like all humans Canberran’s want the latest and greatest, they need all the toys and they are all interconnected in both the wide world and their social settings. Canberra ladies and gentleman is a small world, it is tiny in terms of who knows who and who knows what. So when we started our bar hopping journey in order to understand the who, what, where and why of some of the things we’d seen so far, we weren’t surprised to see a few familiar faces along the way. The liberality of our fellow Canberran’s astounded us more than we thought it would, there was a lot of talk of keys in the bowl parties, acknowledgement of making it snow and discussions of sexual prowess from both men and women. As we said Canberran’s are quite liberal in everything they do and seem to be more open to discuss things particularly over a beverage or two.

So what happens when you throw in some sex toys among some tipsy men and women in a bar? Well you get Canberra’s new favourite betting event. It’s hard not to start wondering whether we had just walked into a public orgy or whether the sex toys were to be used as swords in some weird Pirates of the Caribbean reenactment. All of a sudden this table like luge is rolled out from the backroom and so it began. Like scenes from the Melbourne Cup carnival we watched on as people began betting on vibrators of all shapes and sizes. Like horses or the dishlickers they all had names and racing stats. There was a booky and before we knew it we were betting on this big black thing that looked like it had come straight out of a Porn Hub video. With a name like Black Beauty it was a sure winner well at least it looked like a winner right up until the point it began to slow on the home straight as it’s batteries died. Like a giant black Wang becoming flaccid it flopped to the track floor refusing to move while a little red rocket wiggled its way past to take the win.

Lodging a dispute with the governing body (the bartender designated to oversee the races) Black Beauty’s batteries were changed and the race was to be rerun. You’d think with a fresh set of double AA’s and an inside lane we were a sure thing but it just wasn’t black beauty’s night. Vibrating and wriggling its way down the track it headed for the barrier like a vagina seeking missile barreling the smaller and more delicate vibrators out of the way. Time slowed as Black Beauty hit the barrier and flipped, the buzzing silenced the crowd as the race leader tumbled through the air end over end before hitting the ground and continuing to wiggle all the way into a young ladies foot. Her face turned a nice shade of red as she bent down and plucked Black Beauty up from beside her foot like a dirty pair of undies. It was almost like she’d never touched one before despite the heckling from her friends suggesting otherwise.

There are even rumours of an underground racing league springing up in the back rooms of sex shops around the capital. In order to get a better understanding of what constitutes a good or even great racer we thought we’d better head out to Fyshwick and get an expert’s opinion as to what would make a great racer. Like visiting the Gai Waterhouse stables just with weird looking jockey silks and whips reminiscent of 1700-1800 cat of nine tails used to beat the living piss out of convicts. As we entered what some would consider a den of iniquities and met the lovely “Lola” (Her true Identity has been hidden to protect her and her employer) who was quite knowledgeable in the world of Dildo racing, she instructed us that just because one had a higher vibrations per minute than another did not make it a better pick. There were all types of racers with everything from spinning heads to spikes to pearls. We were in the thick of it and we were learning more and more about what makes a good racer versus a pleasurable racer.

After spending more time with “Lola” than we had planned, we now knew enough that we were ready to not only purchase a racer but also enter into the underground racing scene popping up after hours in bars across Canberra. Sadly we have day jobs that would prevent us from living out our fast and furious underground racing dreams. As we left we began to search google and as it turns out there are leagues around the world, with clubs and pubs across the US, in particular Sin City having raced pocket pals, lady lovers, rocket racers and whatever you want to call them for years. It got us wondering what other underground scenes there were around the nation’s capital and how many politicians were involved, who we knew and how on earth could we report on them to our friends and family. Why wouldn’t the world want to know all the sordid details after all that’s what a mind of its own is all about.

Like Sherlock Holmes and Watson we were keen to dig up the dirt and solve the cases or in this case answer the questions people need answered. Sometimes they just don’t know they need or want them answered. So if you feel like participating in Dildo racing legally head on into Hopscotch in Braddon or Young and Frisky out in Gungahlin to get your fix. Or try the sex shops who knows what they may have going on in the back rooms. Our new friend “Lola” was very knowledgeable in the racing industry. The more we explored the more games and entertainment we came across. There was Corn-hole, ring toss, darts, pool, board games and giant jenga which is always fun when you’ve had a few too many schooners.

One thought on “Don’t Dream It’s Over…”